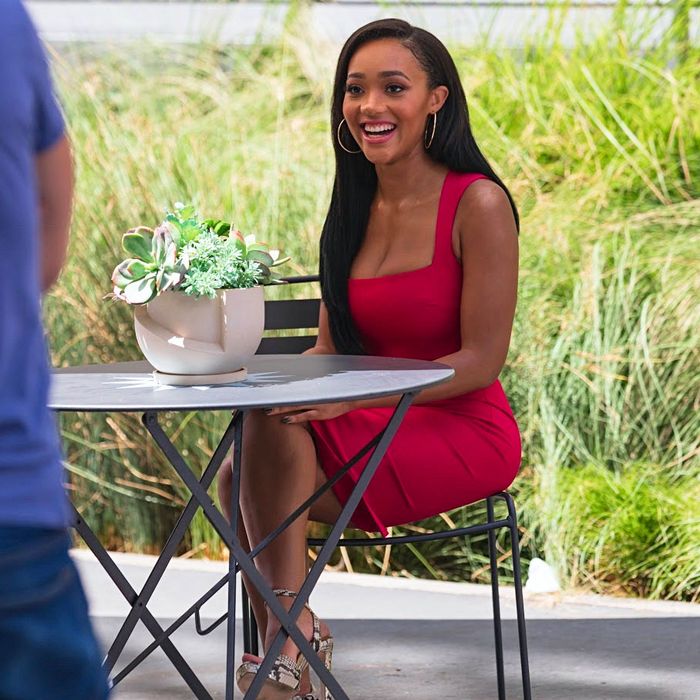 For anybody over 26 years old, Lauren Simmons’s career trajectory will likely make you feel very, very old. At the tender age of 22, she made history by becoming the youngest woman trader on the New York Stock Exchange and only the second Black woman in the entire history of the NYSE to have that position. She didn’t stay on Wall Street for long — she was gone by 2018 — but she hasn’t left the world of finance. She’s now gearing up to host a forthcoming reality show called Going Public, which is like Shark Tank, but it lets you, the viewer, be Mark Cuban and invest in the contestants’ companies yourself as they prepare to (as the title suggests) come out with an IPO. Simmons’s job on the show is demystifying the investment process. Intelligencer spoke to Simmons on the phone about the new show, diversity in the finance world, and her prediction on what will cause the next financial collapse.

Investing remains mysterious to a large portion of Americans. What do you think everybody should know about the stock market and making investments generally?

The main thing is to have no fear, but also really taking the time and using your tools and resources to be educated about the stock market. I know we’ve come to a time where trading is easily accessible, and there are no fees attached to many platforms that are out there today. Apps such as Robinhood really tried to target millennials without giving them the tools and resources so that they can make educated decisions. They use really predatory practices.

Really, I want people not to be intimidated. You can turn on CNBC, and it will take a little time and work to understand all the information that they are giving. But if you gave yourself three months’ time to Google any- and everything about investment terminology that you don’t understand. Or [in 2021] you watch me on Going Public, since my role is breaking it all down in layman’s terms to really help give people a basic understanding of if they should invest in a company. Now I’m not there to say whether you should or shouldn’t; I’m there just to give you the facts.

I don’t think that most novice investors should be investing overnight. I think it takes time to understand what investing is.

Most industries have become increasingly accepting of women and minorities, but in 2017, you became the second-ever Black woman trader on the New York Stock Exchange. Why do you think the NYSE has remained closed off to people who aren’t white men?

People aren’t applying for those positions, but also companies aren’t reaching out to [a diverse group of people] to join the trading floor. I also think, speaking with [NYSE president] Stacey Cunningham about my time there, that they don’t deem it important. There was recently an interview with Stacey on Bloomberg, [and she was asked] about how the NASDAQ is very open to making sure that everybody that is listed has diverse members, and Stacey said something along the lines of, “I don’t think we should be on a quota system like that.” You can very much see that she doesn’t care for diversity and inclusion on the trading floor.

Even before 2020 and the Black Lives Matter movement, it was said that it starts from leadership. If leadership doesn’t see [lack of diversity] as a problem, it’s not going to be funneled through the culture or the company. Wall Street has a long way to go. Outside of the New York Stock Exchange, I do think that other companies are making changes. In 2020, we’ve come way too far for it to just be a conversation, and we should just be doing it.

Now, a lot of companies aren’t diverse. But my generation, younger millennials, and also Gen Z are looking for companies that have that social component to it. If you don’t, you’re not going to be a company that is strong. Period.

The 2008 financial crisis happened when you were in middle school, but were you impacted by it at all? Did it factor into your career decisions?

I wasn’t impacted by it, but as I’ve gotten older and now work in finance, I understand how it impacted people. In 2020, I see how a lot of people didn’t recover from 2008. Now they’re being hit again. Two years ago, I said that we’re due for a recession. I thought it would come from student-loan debt, and I still believe that we’re due for another recession that will be caused by the trickling trillions of dollars that we have in student-loan debt. Canceling student-loan debt would help but not solve the problem entirely, because it’s also the astronomical tuition costs. Why are some schools charging $80,000 a year? That’s absolutely insane.

With recessions, a lot of people don’t recover. When the next one comes, probably in eight years or so, there are going to be a lot of people trying to make up from 2008 and 2020. With everything I’m doing today, I can hopefully prepare people for the next recession so they’ll move through that gracefully.

What made you feel excited about working on Going Public?

With Going Public, we are making sure that all sorts of Americans are represented. Oftentimes, we think of Wall Street and we think of many of the companies that are listed as being founded by older white men. It’s important that we have diverse founders and that everyday Americans hopefully get to invest in the Tesla or Amazon of this generation. I love the concept of the show and being able to do that.

Going Public seems to try to democratize investing. How possible do you think that really is?

Investing in an IPO typically is only for institutional clients or people with high net worths, but that doesn’t necessarily mean that they know how to invest any different or any better than Middle America. [My job as the host] is to let you understand how capital is raised.

Wall Street has done a phenomenal job of making itself seem like an exclusive boys’ club and that information [about stocks] is hard to digest. It’s not. Going Public lets everybody be a part of [the investment world]. It isn’t as hard as people have made it out to be in their minds.

The show is called Going Public, but it also seems like you’re going public in many ways, becoming a TV host and also producing your own biopic. What’s important to you about telling your story?

I am a multifaceted entrepreneur, and at the root of it, it’s about making sure people have a full understanding of all-around financial wellness and making sure people have these conversations — whether that’s advocating for more diversity and inclusion within finance or helping people be better at finance. I definitely could’ve stayed on Wall Street and made six or seven figures. But for me, it’s about passion and purpose and that everything I attach myself to is an extension of Lauren Simmons.

Being able to be an executive producer on a biopic of my life story with [actress] Kiersey Clemons, most of the cast isn’t people who look like me, because the guys at the New York Stock Exchange don’t look like me. But I made sure the crew and the director looked like me. To bring it back to Going Public, [creators] Todd [Goldberg] and Darren [Marble] are making sure we have women founders and people from diverse backgrounds. In a lot of people’s minds, the only way to be wealthy or successful is to be a white male. The show is completely debunking that.

This interview has been edited and condensed for clarity.